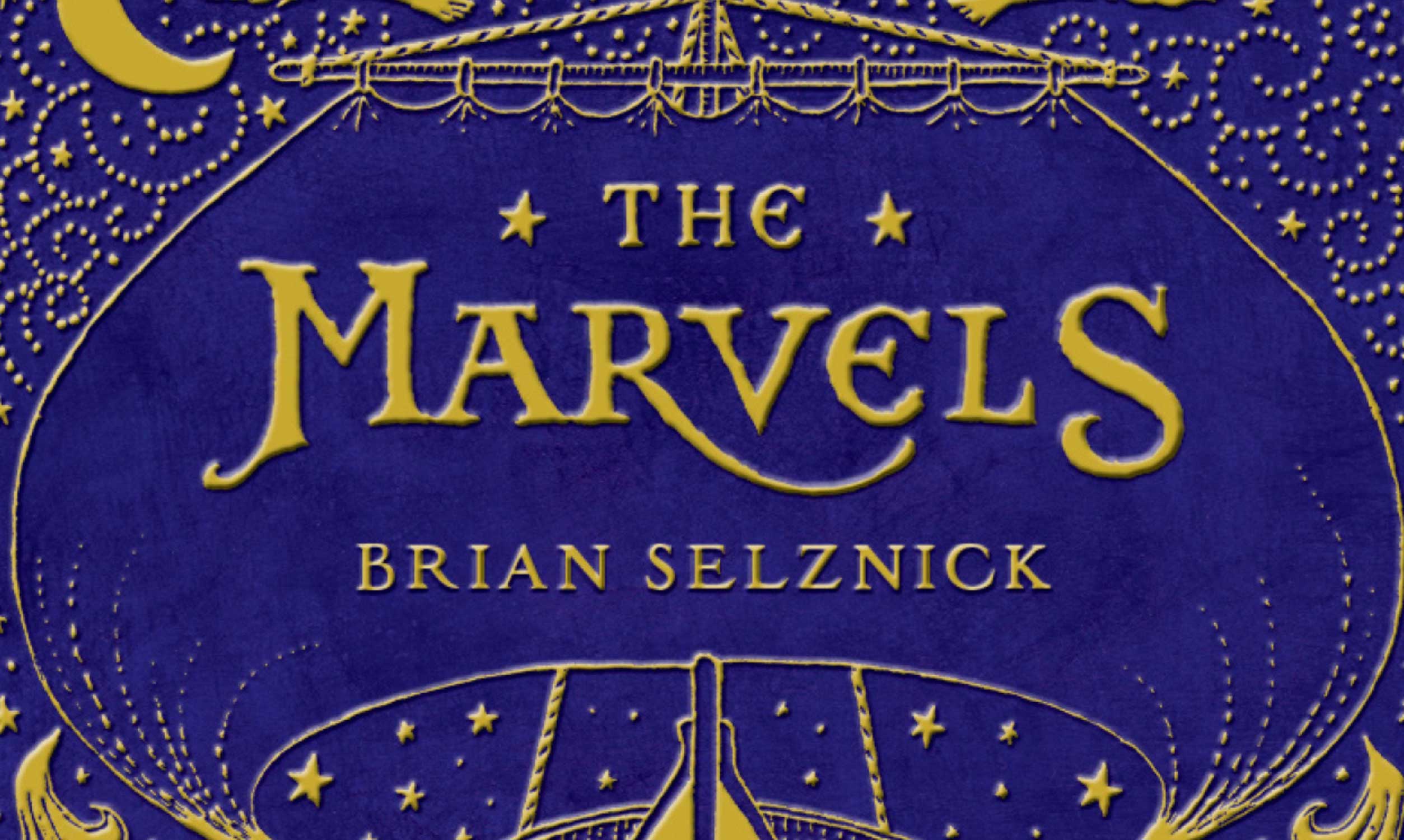 If you have never read The Marvels, I will not give too much away, because I would not want to take the experience away from you. But The Marvels exemplifies this. It took me by surprise. I knew nothing about the book when I picked it up. I was not expecting to be moved the way it moved me.

When my son was very young, I somehow came across The Invention of Hugo Cabret. I really enjoyed it, not just for the story but for the artwork. I loved the way the book played with the format of a book. It’s a thick book. It looks intimidating and massive (and awesome) on your shelf. Of course, when you open it, you realize it’s full of illustrations.

And to be clear, I do not mean the illustrations are illustrating a scene in the book the way you would typically see illustrations in a book. Instead, the drawings are telling significant portions of the story. Imagine reading about the lead up to a chase scene, and then a series of illustrations describing the chase scene and hero’s escape. That’s how the book tells the story, partly in prose and partly in pictures. If my description is not working for you, do yourself a favor and check out Hugo.

Brian Selznick followed up Hugo with a book called Wonderstruck. You can spot the two books next to each other a mile away at any library (they’re likely thicker than any of the other books in the juvenile section). Together, they really make a statement. I checked out Wonderstruck once, fully intending to read it but never got around to it. However, my son did and says it’s good so I’ll take his word.

That brings me to The Marvels. One day, I noticed it on the shelf and decided to give it a shot.

Here, Selznick plays with his format just a bit. Instead of sections of the story being illustrated, the entire first part of the book is a story told in pictures, before switching to a completely different story told in prose. The conclusion of the book turns back to illustrations.

The format is admittedly a bit odd and is a slight departure from his first two books. But the story is amazing and, as I say, took me by surprise.

The illustrated part of the story describes a family of actors. Beginning in 1766, and following the family generation after generation, all the way up to a tragic fire in 1900.

The book then switches to prose and skips ahead to the 1990s. A boy runs away from his privileged home, seeking his uncle in London. He’s never met his uncle and is not sure what to expect. It turns out that his uncle is something of an eccentric who lives alone in a house that he operates as if it is still the nineteenth century. The house is lit by candles and warmed by fires. It is as if time has stopped.

You cannot help but wonder how the word story with the uncle and the picture story with the theater family relate and what is the secret connection between these two stories. And that conceit does drive a great deal of the story’s momentum. And as I promised, I will not reveal much except to say that in the end, it does not matter. There are simply more important things to talk about in this book.

That is the heartbreaking part of the book, and what really took me by surprise. It really moved me. Families are complicated, and very few are perfect. In real life, not every family is drawn exactly the same, but love for one another binds us all the exact same way. This book hammers that home most delicately.

On the surface, this seemed like a simple book. I was not expecting it. And I applaud Brian Selznick.