I was once working on a photo project and was fumbling around an old shed when I heard a man yelling at his horse. He was tending a 1.5 acre garden of corn which he still plowed with a horse-drawn plow. The horse he’d tied to a tree and he was now walking through his corn field. I quickly ran up through his garden?inadvertently trampling some seedlings along the way?and asked him if I may take his photo.

He only said yes. I apologized for stepping on his corn and he said it was no big deal. He stood there in his work clothes, gave half a smile and I took his photo. It didn’t turn out to be the greatest photo I ever took, but I liked it. I sent an 8”x10” print of it to him as a courtesy.

A few years later, I had forgotten all about it. That is, until the farmer died and he had a closed-casket funeral. I’ve been to many funerals and generally at such ceremonies is a photo of the deceased in their sunday finest. But at this farmer’s funeral, upon his casket was placed the framed photo I had taken of him a few years prior.

For the past twelve years I have been lucky enough to earn a living making things. And in those twelve years I’ve made all kinds of things, from posters to websites, from restaurant menus to packages for cloth diapers.

Some of the things I’ve made have been not-so-hot. Others have been pretty big successes. I’ve been proud of a lot of the work that I have done and I continue to do. Work I’ve done has been featured in magazines, it’s been praised and it’s won awards. I won’t list my awards and never will because that’s a waste of time and it doesn’t help me in my creative process. I mention it here merely to say what was and remains the biggest honor I’ve ever received.

It seems that the photo I had sent him as a courtesy was his favorite photo of himself. And that is the still the biggest honor I’ve ever had for anything I’ve ever made. 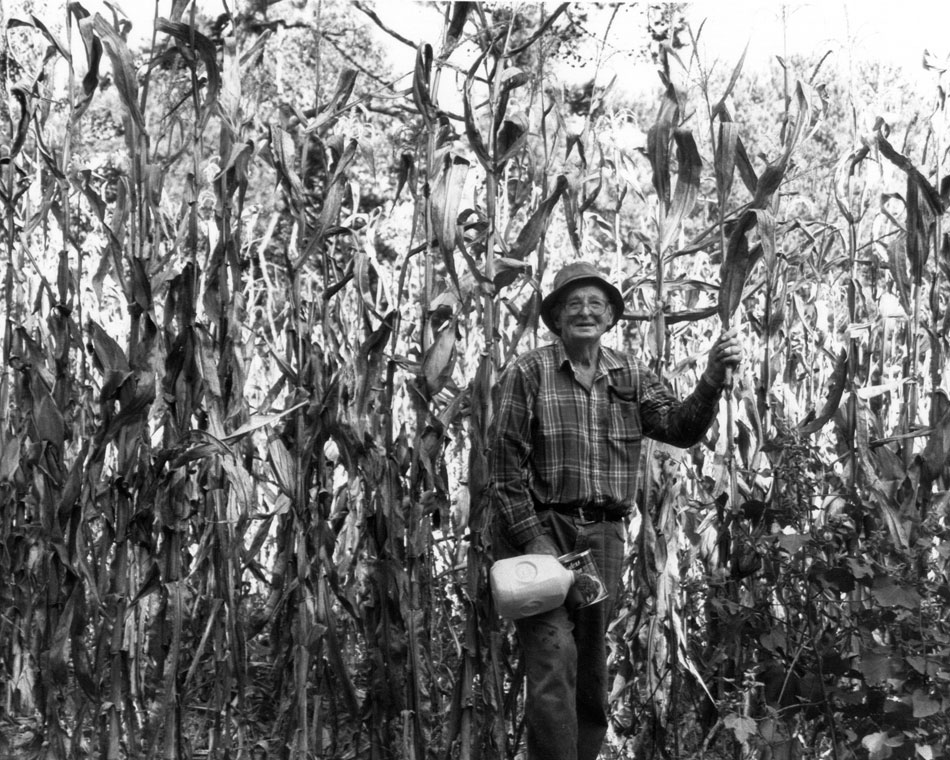